Mozilla fixes another zero-day vulnerability and asks users to update their versions. 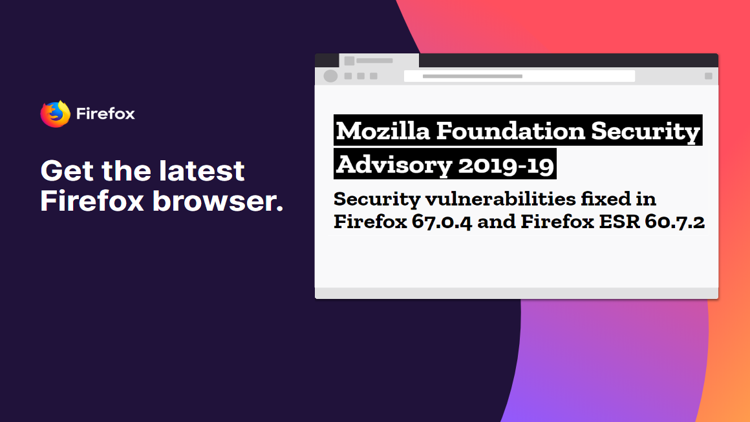 One of these vulnerabilities has already been patched Firefox with version 67.0.3 a few days ago. Now Mozilla published another warning and published updates for Firefox ESR (60.7.2) and Firefox (67.0.4). Mozilla rates the vulnerability risk as high. If you use the browser, you should get the update quick.

Attackers can use the now closed gap to break out of the sandbox of the browser. In the sandbox processes are usually safely separated from the other system. But in combination with the other vulnerability, the execution of malicious code on a targeted systems is possible.

You can find out which version you are running by opening the menu, clicking Help and selecting About Firefox. The browser should automatically prompt users to update. You can get the update also manually by typing update in the search bar.