LibreOffice 6.3 update with many new features

The new version of the open office software offers optimizations and new features. 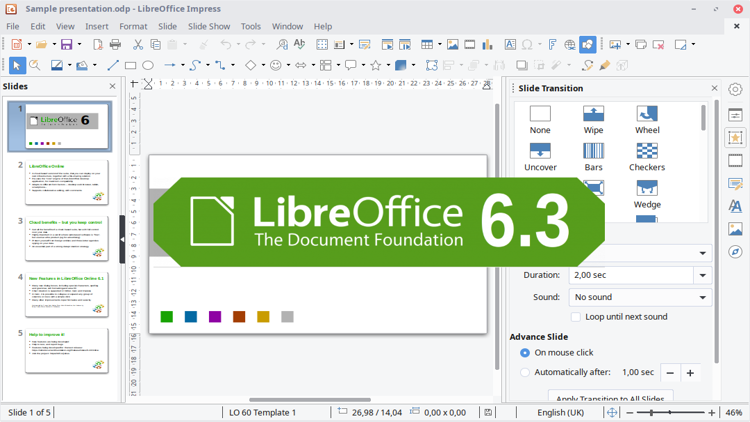 The Document Foundation has released LibreOffice 6.3 for Windows, Linux and Mac for download. The new version includes various new functions for important sub-applications of the open and free office suite. The performance of sub-applications and interoperability has been improved. All files can now be opened and edited faster in LibreOffice.

LibreOffice should now be able to open and save text and spreadsheets faster. The import and export of Excel files should also work faster than before. LibreOffice 6.3 now supports the PDF/A-2 standard.

Among the novelties is the option of being able to use the scanner function in the 64-bit version of LibreOffice under Windows. Search queries can also be saved and reused later. The new Edit feature can be used to remove or hide sensitive content from documents.

In Calc and Draw the tabs were renewed, which should ensure more clarity and user-friendliness. If Writer data is copied from Calc only the contents of the visible cells are being copied now. Draw's calculation bar has a drop-down menu instead of the old sum icon.